Today, in Fortnite, dancing and emotes are some of the most recognizable things. You’ll find kids imitating these moves all over the place, which have become an iconic part of the game. Epic has experienced some controversy in the past where it faced lawsuits over its products, but it seems like those days have passed.

Every dance that has been created and added to the game can be found in our Fortnite Emotes List. These are likely the most well-known aspects of the game, as many people have learned and posted them on social media.

Several well-known and original emotes depict popular dances, poses, and movements. When it comes to genuinely style on your opponent after or during a battle, emotes are the best way to go. This animated set of emotes has many uses, whether showing off your original emotes to your friends or voicing your displeasure. This guide is all about Fortnite emote list with all other factors.

When will the Stuck (Up by Cardi B) emote return to Fortnite?

Fortnite’s dance emotes have made regular appearances in the Fortnite Shop, but one hasn’t appeared since it debuted in September 2021: Stuck, the dance to Cardi B’s hit song up.

There is no sign of it in the game, even after many players asked Epic Games to bring it back. It’s been more than five months since it first appeared in the shop.

This is not confirmed, but it could be that the song was only intended for one appearance, or epic is saving its return for a future event. It remains to be seen, but hopefully, epic brings it back soon.

As a result of its past success, epic may today be in a better position to include these dances without the threat of legal action. Still, it seems the company has changed how it conducts business to keep things out of court. As a result, Fortnite now tends to attribute viral dances, citing the dancer or singer credited in the details, suggesting an agreement was reached with the original creator.

Some Fortnite emotes have ties to artists yet are wholly created for the game. An example is the Lil’ Float corn emote, which shows players riding llama corn (llama unicorn). That is part of the Ariana Grande set and still considered a part of the Icon Series, although, to our knowledge, Ariana Grande has not been seen riding a fantasy creature.

TikTok’s dance emotes were only retroactively incorporated into the Icon Series in 2021, expanding the series. Licensed music, popular dances, and more can be found in the ever-expanding Fortnite Icon Series emote library.

Pony Up, Floss, The Worm, and Wave are the rarest emotes in Fortnite. They were never offered in the item shop, and there weren’t that many players back then because the game wasn’t this popular.

Except for the battle pass emotes, these are the five rarest emotes in Fortnite that can be found in the item shop:

Over 815 days have passed since Kiss the Cup was last seen in the Fortnite item shop. The player must have played the game in July of 2019 to be able to use this emote. The uncommon emote was available for 200 V-bucks in 2019 and was the go-to celebration for players after winning the Victory Royale.

It is more than just a dance step or taunts; Widow’s Pirouette is a martial arts movie and probably the best emote on this list. 200 V-bucks were required to purchase this Marvel emote alongside the Black Widow skin.

Around 900 days ago, Fortnite players last saw the Widow’s Pirouette emote in the item shop. The emote has not been released in the shop separately, and only those around when Black Widow was released can obtain the rare item.

Tidy was inspired by Snoop Dogg’s iconic step from his song “Drop it like it’s hot” and was one of the most popular emotes when initially released. The rare emote hasn’t been added to the item shop since December, however, whether it be due to legal reasons or otherwise.

The Tidy emote last appeared in the Fortnite item shop approximately 1,050 days ago. The item cost 500 V-bucks back in Chapter 1, Season 3, but only a few players bought it.

Fresh is an older emote in Fortnite Battle Royale, and players last saw it in the item shop approximately 1,070 days ago. This emote is based on another popular dance from pop culture.

People who have seen the American sitcom Fresh Prince of Bel-Air will readily recognize the Fresh emote as Carlton’s dance move. Epic Games even reprimanded the actor for copying his steps for the emote, which is one of the reasons why the emote hasn’t been brought back to the item shop.

Rambunctious last appeared in the item shop 1,075 days ago, making it the rarest emote in Fortnite. Similarly, this is an inspired emote from Fresh Prince of Bel-Air, but this time it was Will Smith who came up with this move.

Many of these emotes were created in collaboration, but others were deemed infringing upon copyright. Consequently, it is unlikely that they will return. If you own any of these five rarest emotes, consider yourself lucky.

Emotes that came out in the Season 2 Battle Pass are likely to be the rarest game. The game hadn’t yet been a huge hit, and players were only becoming accustomed to the idea of buying a season pass. So, most of these dances and emotes will only be owned by a few players. Fluss will be the rarest emote in the game because it’s the latest in the pass!

Players who purchase Save the World will receive Ride the Pony, which used to be a part of the Season 2 battle pass. It came with the Pony Up emote as a reward for those who owned it from the battle pass. Pony Up is, therefore, a rarer emote compared to Ride the Pony!

The return of Battle Stars for a sixth straight season may indicate that Epic has finally settled on the unlock method it likes most. This implies that you’ll have some control over which items you open first. You can sometimes jump ahead to the stuff you’re anxious to get because when you finish earlier, later pages unlock—often even before you complete your earlier pages.

Apart from this, if you are interested to know about Minecraft then visit our Gaming category.

Which emote is the rarest?

Rambunctious is the rarest emote in Fortnite Battle Royale because it hasn’t appeared in the item shop since November.

Which Fortnite emote is the oldest?

Fresh is one of the oldest emotes in Fortnite Battle Royale, and it was last seen in the item shop around 1,070 days ago. These emotes are influenced by another popular dance from popular culture.

A Comprehensive Guide About Types Of Wallets, Their Materials And Other Facts 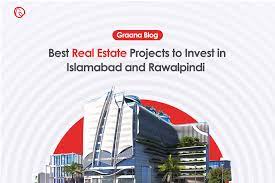 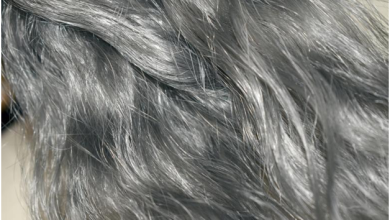 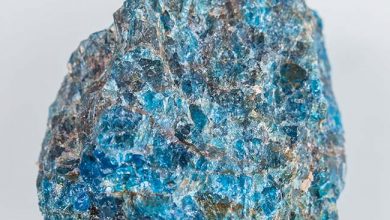 How to Cleanse Crystals? Methods of Cleaning Crystals